World 64 - Journey to the End-Game

Many battles have been won and lost in the never ending struggle to become the winners of this world.
None more publicly spoken of that the HotRex/~MW~ Vs Ex Family
This war is all but over now with many seeing this as the turning point of the world, so lets have a short re-cap as to where things have gone this last month...

As we know Ex got themselves into a bit of bother by some badly worded mails and a lot of aggression, soon they had incoming from all the top tribes with not much hope of getting out of it.

So in true Tribalwars tradition when your in a hole, just kept on digging.
This lead to many members either walking away or getting kicked...
So with previous blogs (which I hope you have been reading...) you should be up-to-date with the state of that situation.
Here comes the big news....
With the game taking it's toll on many players and the world coming into it's 9th month soon you can imagine the amount of inactive players beginning to show up, not just the in the outer tribes but in the top crews as well. So much internalising has been done to rectify this but it still meant the tribes were having difficulty keeping up the pressure on all the others around them.
iGouge and HotRex were both at the mercy of inactive accounts... so came what is likely to be the last of the BIG recruitment's in the top 5.
Members of iGouge were give a home with the HotRex and disbanded the remainder of the tribe.
That was the end of the line for iGouge 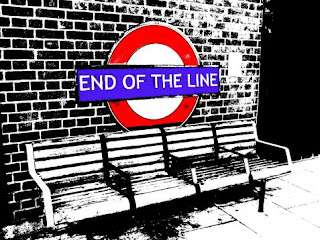 We are here again now looking at a MEGA-tribe that is likely to dominate till the end of the game.
It's time to leave our top crews for now, as they are in many minor conflict that have little to talk of, and even less to report on...
I leave you with a few stats to remind you of how much things have changed in the 2 months since the Christmas break
20/12/12 - Top 20 Stats
(only from the top 40 players in each tribe) 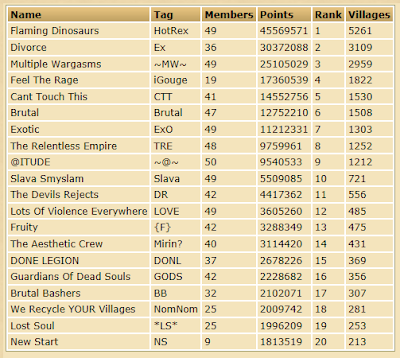 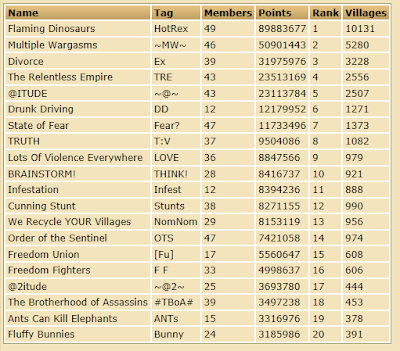 As you can see only a hand full of tribes have remained or survived...
Today I begin my search for The Hero's Of World 64...
Posted by Cpt Sandwich at 12:41 am